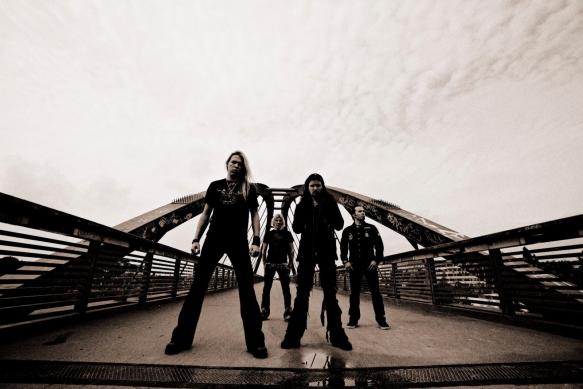 For Finnish symphonic rockers, Apocalyptica, music is about feelings and the art of translating those feelings into an experience for the listener and band to share together. As one of the most unique metal bands in the world today, Apocalyptica is still producing their own brand of heavy metal music and breaking new ground and blurring the lines all along the way. I mean seriously, who would’ve suspected that a band made of 3 classically trained cellists and a drummer would be around creating some of the most intensely moving and expressive heavy metal music after 17 years and 6 albums? And who would’ve thought that not only would they come so far from their original form of playing only beloved Pantera and Metallica covers to becoming one of the most sought-after collaborative bands for many vocalists in the industry? Well, cellists Eicca Toppinen, Pettru Kivilaasko, Paavo Lötjönen, and drummer Mikko Sirén are all of these things and much, much more! With the success of their previous album, Worlds Collide, and the internationally commercial success of the single “I Don’t Care” (a collaborative effort with Three Days Grace’s Adam Gontier), Apocalyptica continues to carve out their own niche in a generally homogenous music genre!  Now with the release of their 7th studio album, aptly titled 7th Symphony, Apocalyptica is back with their most daring record to date!  As the U.S. release date approaches, Pettru Kivilaasko took time from his Thai holiday to chat about Apocalyptica’s new album, the band and the guest artists we have to look forward to on the new album!  END_OF_DOCUMENT_TOKEN_TO_BE_REPLACED