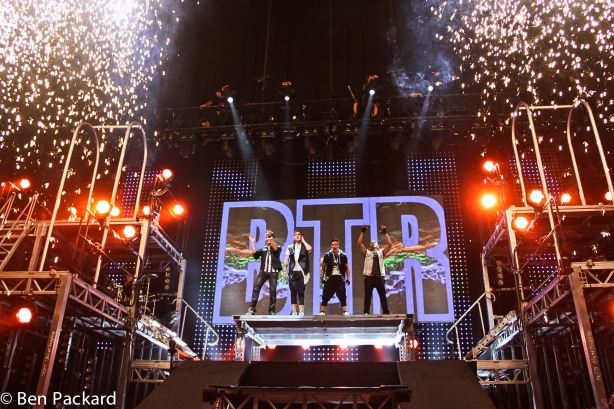 Check out our exclusive photo gallery from the Big Time Summer Tour with Big Time Rush, Cody Simpson, and Leon Thomas at the Amway Center in Orlando by CLICKING HERE!!! END_OF_DOCUMENT_TOKEN_TO_BE_REPLACED

ORLANDO, FLORIDA [March 12, 2012] – In overwhelming response to their sold-out “Better With U Tour,” Big Time Rush announced that they will kick off “Big Time Summer Tour,” performing in over 50 cities across the U.S. and Canada including Orlando’s Amway Center Tuesday August 28. Beginning on July 5 in Columbus, OH, the Nickelodeon stars and Columbia Recording artists will perform songs off their latest album Elevate including “Music Sounds Better With U,” “All Over Again” and “Elevate.” During select dates, emerging Australian pop phenomenon Cody Simpson and X-Factor finalist and newly-signed Nickelodeon talent Rachel Crow will open for Big Time Rush.  Additional acts will be announced shortly. END_OF_DOCUMENT_TOKEN_TO_BE_REPLACED 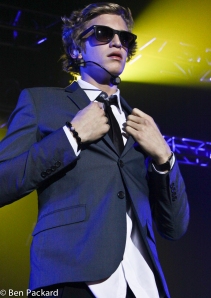 Finishing up a string of dates on his first US headlining tour, Australian pop sensation Cody Simpson brought the “Welcome To Paradise” Tour to Tampa’s Ritz Ybor last week. Joined by his self-proclaimed best friend Jessica Jarrell, the duo drew hundreds of teenage girls out for the show. Simpson kept his stage simple, with just a few band members and occasional backup dancers. With a suave James Bond style entrance, Simpson, dressed in a black suit, caused a deafening roar from the crowd. He played songs ranging from Angel and All Day to Evenings In London and On My Mind. Cody showed off his endless dance skills throughout, he barely stood still the entire show. He showed off his instrumental skills as well, playing both the acoustic guitar and the keyboard. END_OF_DOCUMENT_TOKEN_TO_BE_REPLACED 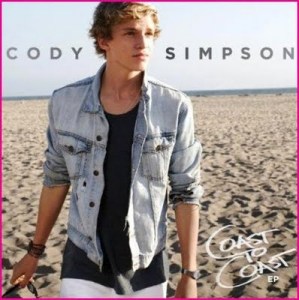 Cody Simpson could be compared to Justin Bieber. While Bieber might have the popularity on his side, Simpson can clearly out sing him. He proves this especially on his new “Coast To Coast” EP. The six song album shows off Cody’s wide range of musical skills, including soft songs, dance songs, and songs that are just raw vocal and guitar talent on Simpson’s part. His mega hits “On My Mind” and “All Day” are clearly the most pop rock dance type tracks on the album, which explains why all the girls love them. Angel is another standout track, leaning more towards Simpson’s soft side. “Not Just You,” “ Crazy But True,” and “Good As It Gets” round out the album, and while they are nothing to write home about, they definitely flow with the rest of the album, making it one of the more well rounded CDs I have heard this year. Cody Simpson is blowing up like all child pop stars do. His name is well known around the world, and worshipped by teenage girls everywhere, all without even putting out a full length album. With his popularity growing exponentially, and his future bright, expect to hear Cody’s name for many years to come.