The Noise Tour with Mayday Parade 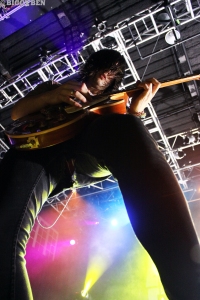 Mayday Parade brought the rock to the USA while headlining the Journeys Noise Tour along with We Are The In Crowd, There For Tomorrow, You Me At Six, and The Make.  When the Mayday boys took to the stage at a sold out House Of Blues in Orlando recently, the crowd of all ages went wild. There were no matching outfits or gimmicks on this tour like they had done in the past; Mayday was just there to rock! Blasting through a busy set list off both old and new material, fans of all levels got what they wanted, from the original fans to people who have only heard their new album. 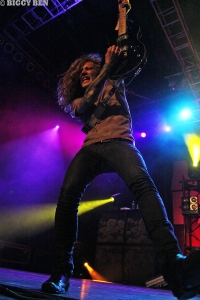 With ramps leading up to the drum riser, the band members were a blur of motion, running and jumping constantly. Derek could clearly see the crowd was giving it their all. He regularly stopped in-between songs to hand out CASES of water bottles to keep the crowd from getting dehydrated.  Such a nice thing to see, Mayday CLEARLY loves their fans. Closing out the night with an oldie but a goody, One Man Drinking Games, Mayday left the fans wanting to go on for hours.  A band like Mayday Parade is hard to come by, and with the surging popularity and music that you just cant help but love, expect to see even bigger and better things from them in 2012!

To See Our Full Gallery From The Noise Tour, CLICK HERE

Posted on December 1, 2011, in Reviews and tagged Concert, House Of Blues, mayday parade, Orlando Florida, The Make, The Noise Tour, There For Tomorrow, We Are The In Crowd, You Me At Six. Bookmark the permalink. Leave a comment.