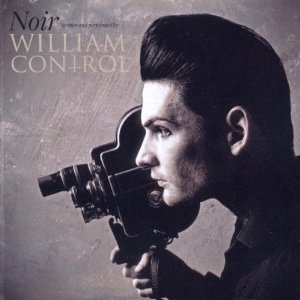 William Control (Aiden’s Wil Francis’s alter ego) is back with his second piece of art…his sophomore album entitled Noir. William has once again taken everything that you think you know about him as an artist, wadded it up into a tight little ball and shoved it straight down your throat! If you weren’t one of those fans who lapped up the first William Control album, Hate Culture, you are soooo missing out on musical art at its shockingly finest! Layering electronic melodies infused with Depeche Mode/New Order influence, punk angst, dance grooves and eerily sadistic vocals, William Control is nothing if not a master of the unexpected! As with the first WC album, you’re taken down a road of sexually twisted, deviant, shocking journey through the mind of William Control. Opening with another electronically-altered spoken prologue entitled, “Une Annonce,” Noir begins! As you begin the trek through the album…”Vorspiel”…”All Due Restraint”…”I’m Only Human Sometimes”…and you think you’ve figured out the tone of the album is social hate, self-loathing, and sexually twisted behavior and then BOOM! William Control swerves into a cover of Elvis Presley’s “Can’t Help Falling In Love” and two beautiful acoustic ballads called “Soliloquy” and “Noir.”  There is nothing about this album that you can count as typical, but then again, would you expect anything less from Wil Francis?! If you’re a fan of Aiden, or if you just want to see another side of Wil Francis, I highly recommend checking out both of the William Control albums!